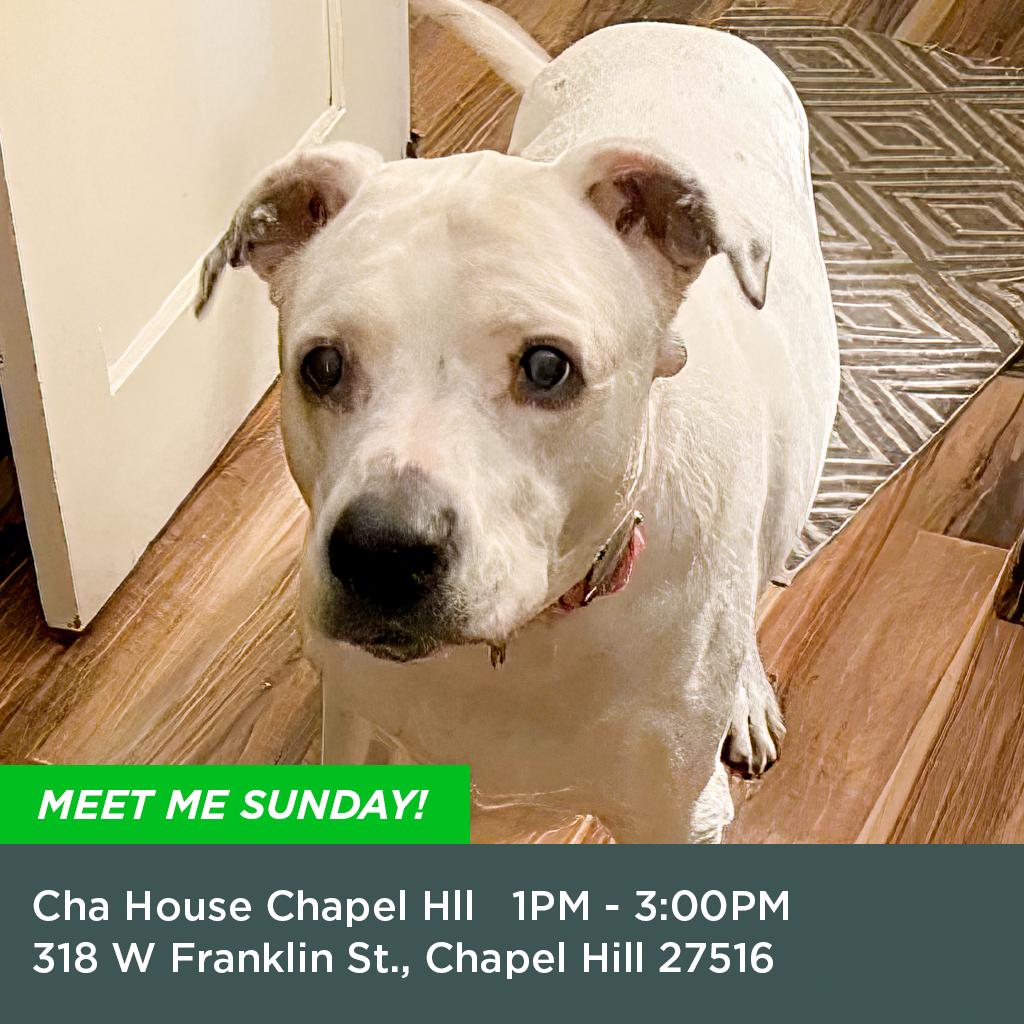 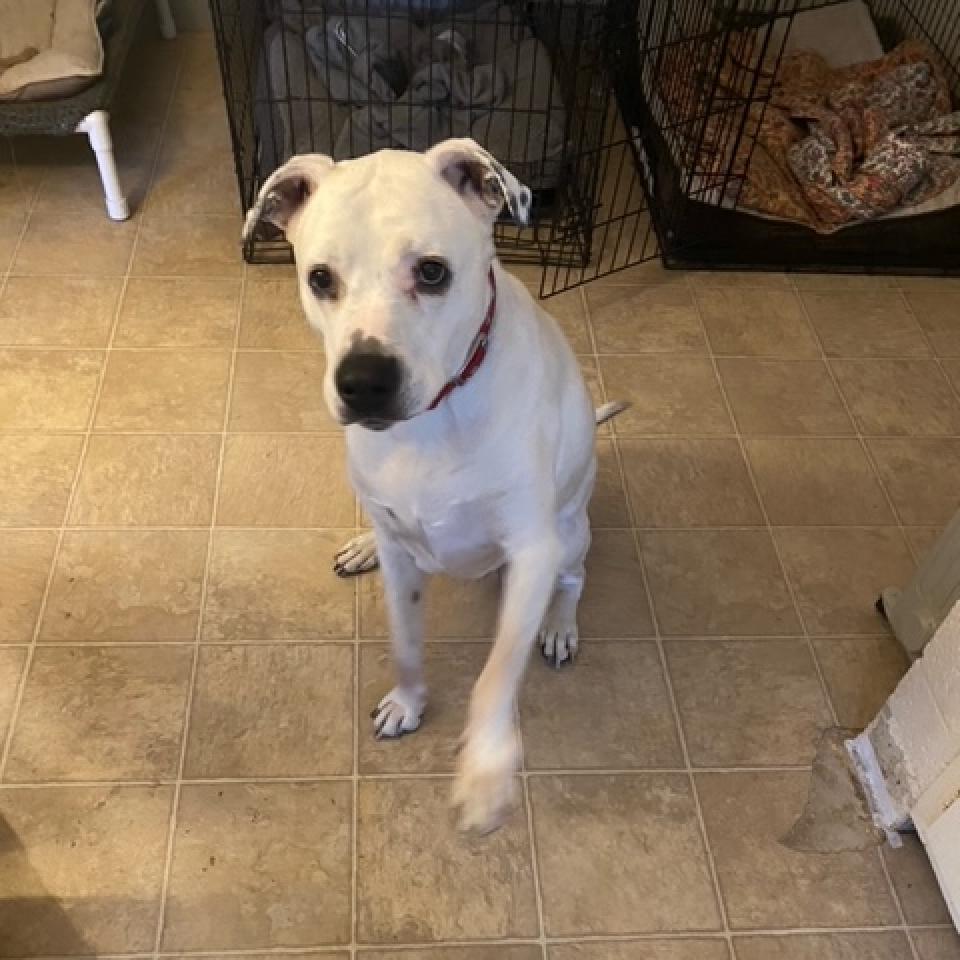 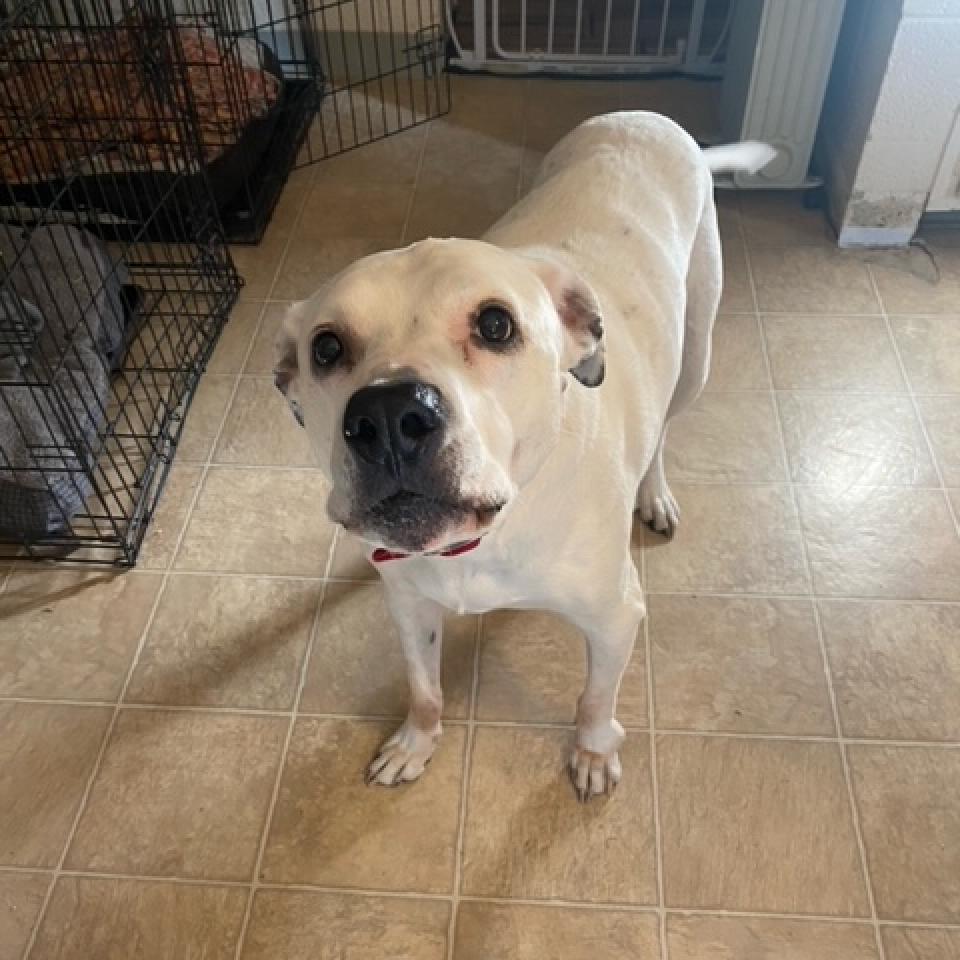 PHYSICAL
Payton is a big boy with a velvety-soft, medium-length coat. He sheds minimally. He's mostly white with a hint of black spots here and there. He has a long tail and smiling brown eyes.


PROFILE
Payton is such a happy fellow whose tail is almost always wagging! He loves meeting new people and is good with new dogs as long as they are introduced gradually.

He needs to be the only dog in the house only because he does resource guard, particularly with bones and toys. A great companion, Payton is so easy to be with and loves being nearby, preferably stretched out on the couch, resting his head on your lap.

He is still somewhat puppy-like. For example, when you ask him, "Where's your bone? Where's your ball?" he gets excited and rushes off to find them. Then he comes back and gives some muffled barks with his bone or ball in his mouth, as if to say, "I found it! Here it is!" It's adorable!

Payton is crate-trained and sleeps quietly throughout the night (unless he hears the neighbors making a ruckus!). He's house-trained (with a dog door and fenced-in-yard). He's good at following basic commands including Sit, Come, and In the crate. He's good on a leash, rarely pulling. He just wants to go for a couple short daily walks to catch up on the latest scents around the block.

He shows no interest in chasing squirrels, birds, or cats. Passing dogs sometimes get a few barks or occasional grumbles from him, but usually with a wagging tail, and he's easily redirected. Sometimes he doesn't even bother to look at them, especially if he's more interested in sniffing a tree or the like.

Payton also likes car rides and short walks in the woods. A dietary note: he appreciates some variety following his meals of fresh raw veggies, like carrots and red cabbage. He also likes apple slices, fresh cranberries, and blueberries--all organic, of course.

He is rather talkative with his big bark and happy guttural sounds. Very welcoming to guests, he barks only a few times upon their arrival and then immediately settles down.

Are you someone who loves sweet, senior dogs and who feels it's a joy to make their final years as sweet as possible? Could you be a Payton saint?


HISTORY
Payton's owner had to move into assisted living.


HEALTH
Payton is up-to-date on vaccinations, has been microchipped, neutered, and is heartworm negative. He has a mass that the vet deems benign but recommends having it monitored every three months or so. The vet also put Payton on a low dose of carprofen (doggie ibuprofen) to ease his arthritic stiffness. Its effects were visible after the first dose! He also takes Cosequin for his joints. Payton also has a case of "happy tail" which has flared up only twice during his several months in his foster home. During a flare up, his tail needs to be wrapped and he wears his "ZenCone" without complaint.