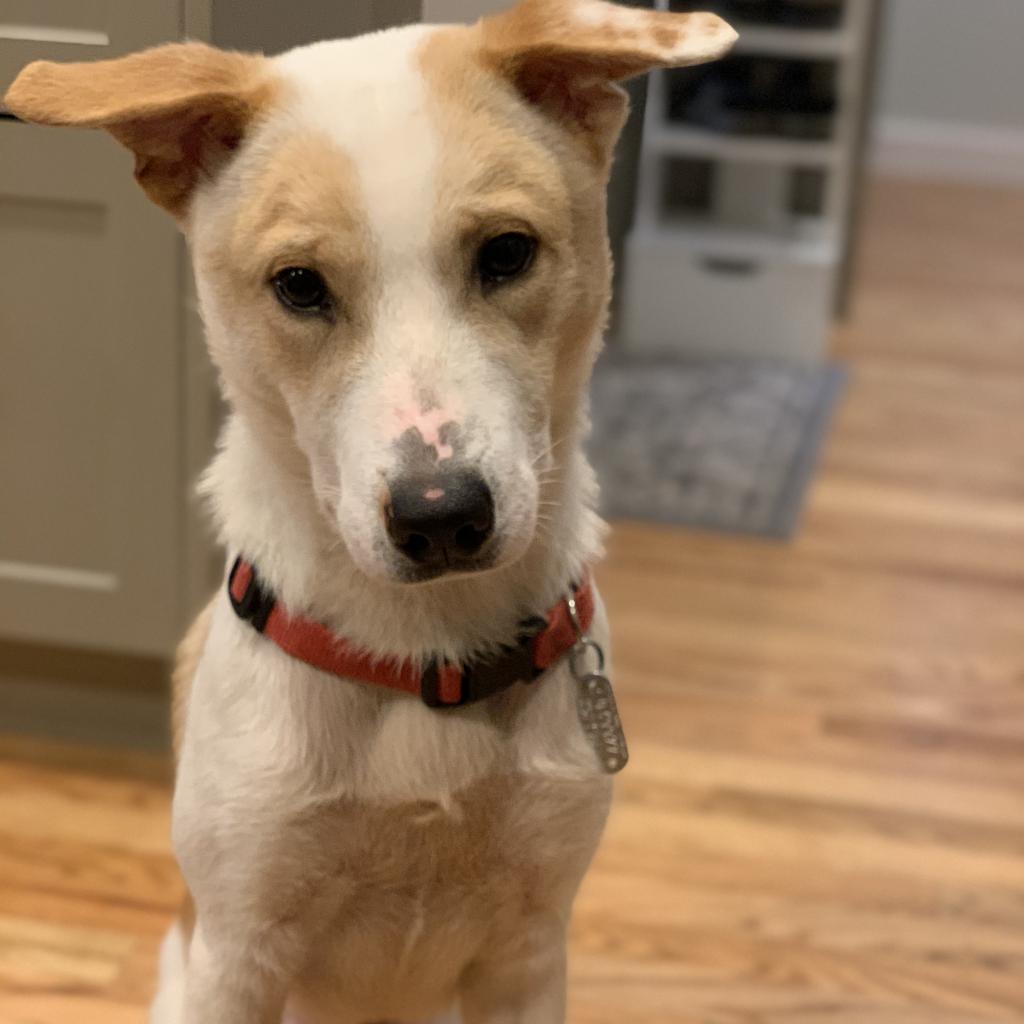 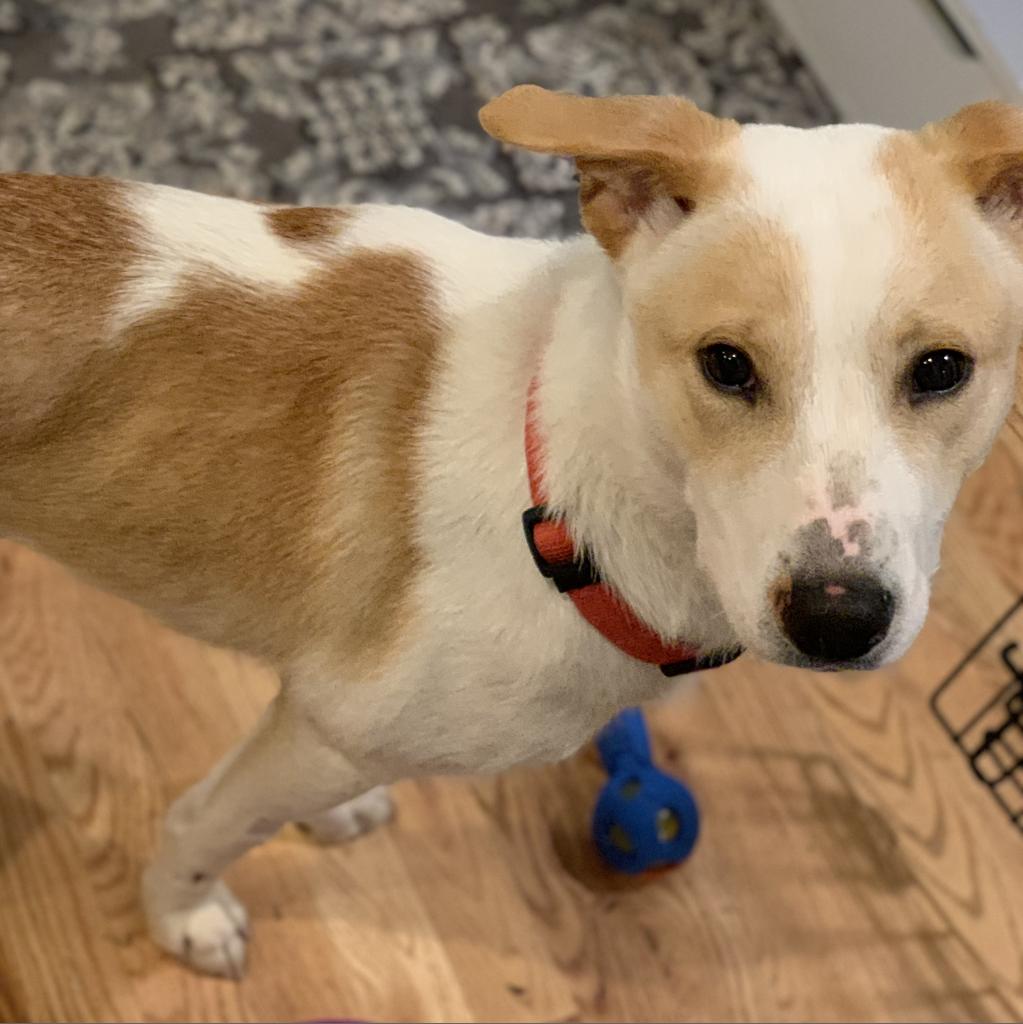 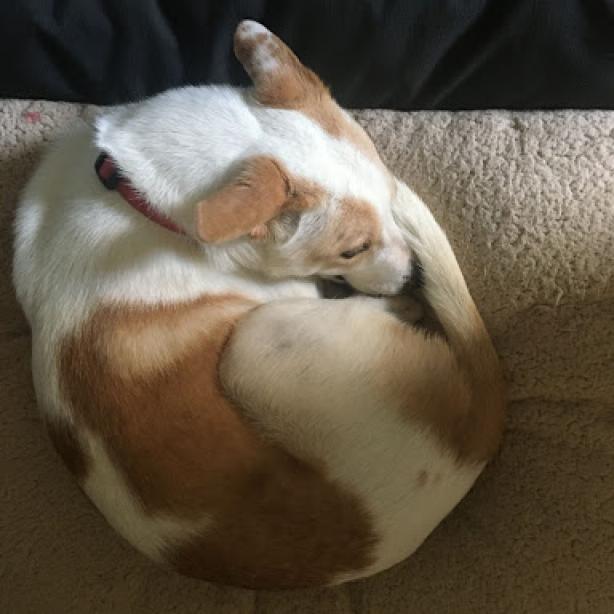 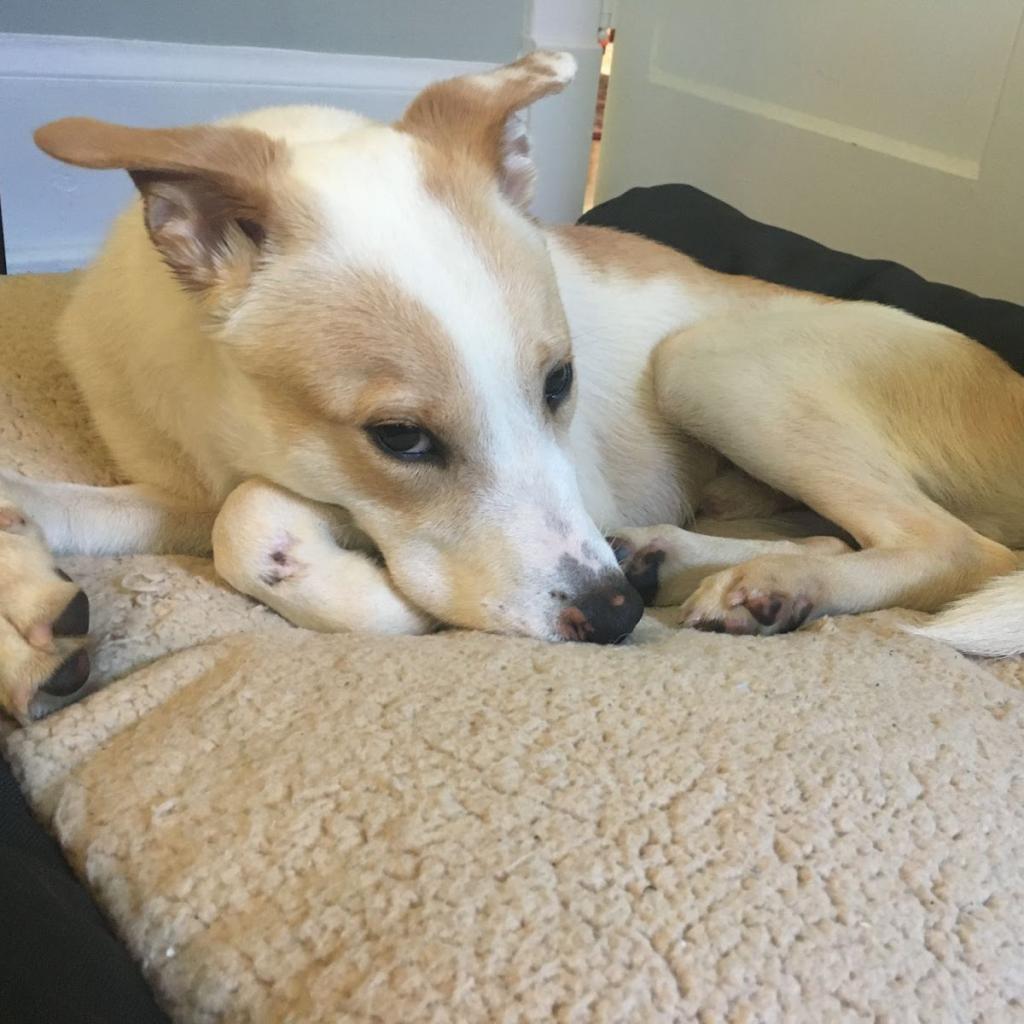 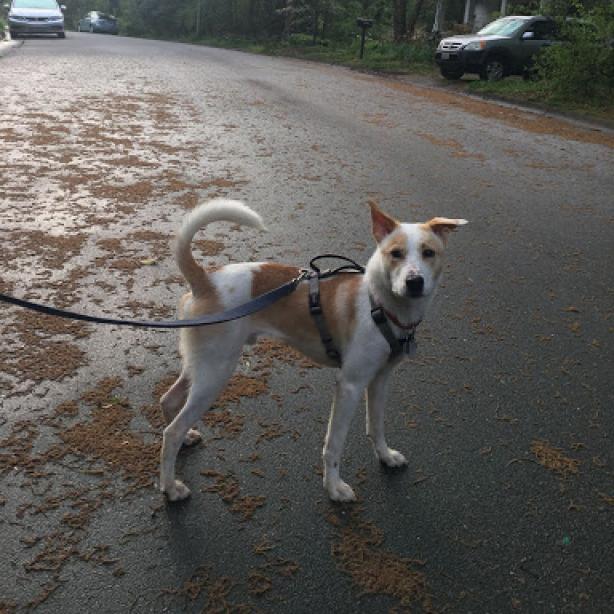 Lemon is a sweet and affectionate pup who loves cuddles, playing, and being outdoors.
Until just a few weeks ago, Lemon seems to have been living in the woods, and he's come a long way already! He bonded very quickly to his foster family and is very trusting. Lemon has some herding instincts and if his humans are separated, he'll run back and forth to check up on everyone.

To give you an idea of his affection: if Lemon sees a spot to join you in on the couch, he will jump up and take it - even if there's not quite enough room for him! (He is learning to respect the furniture that he's not supposed to be on.)

Lemon is a little anxious, especially in situations with new people and new dogs. He often expresses this through being jumpy and mouthy, so it would be great to have a human who's willing to work on training. Although he can get anxious, we have never seen him react inappropriately. Lemon usually only barks when he's left alone in the crate, or when he encounters his top enemies, the vacuum cleaner and the lawn mower.

As far as we can tell, he seems interested and sweet with dogs and calm around cats, so we imagine he would be fine entering a home with other animals. Lemon brings playful and youthful energy; he loves tug of war and he's learning to play fetch!