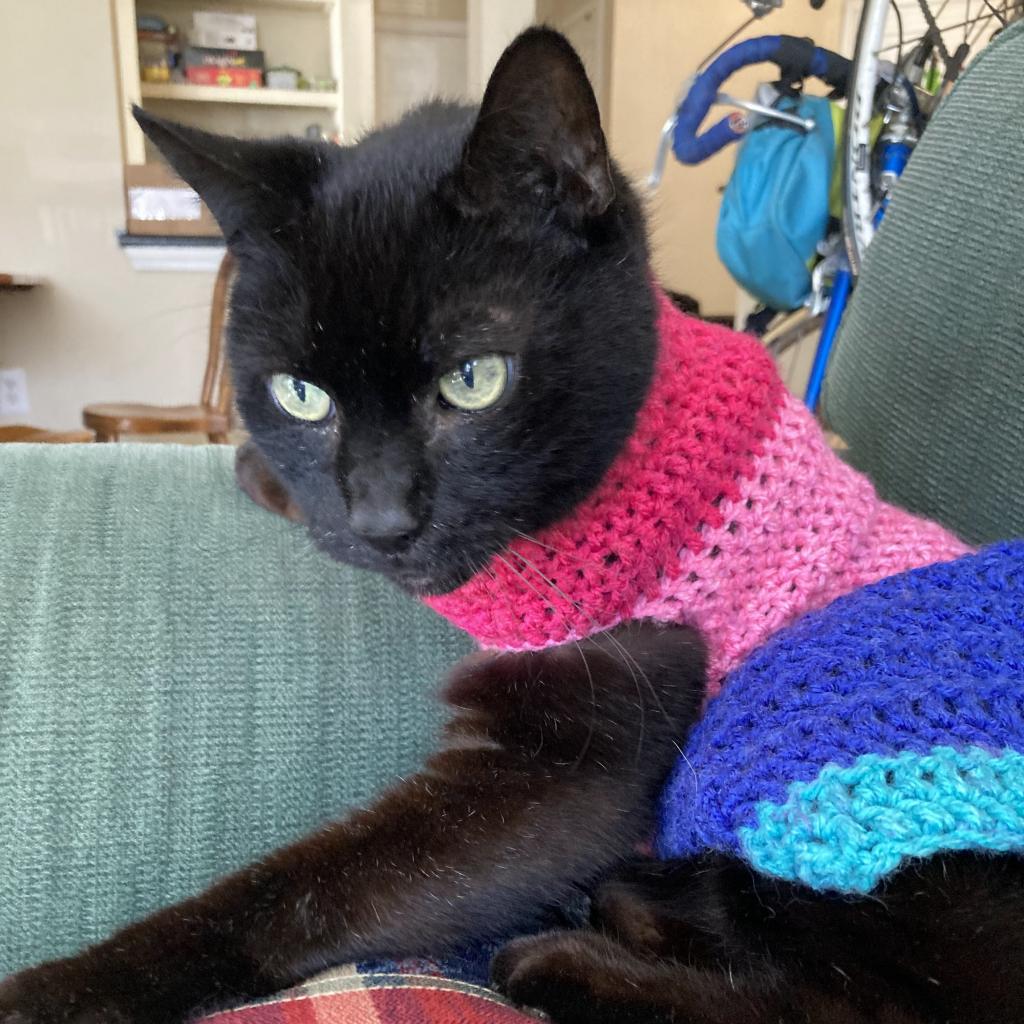 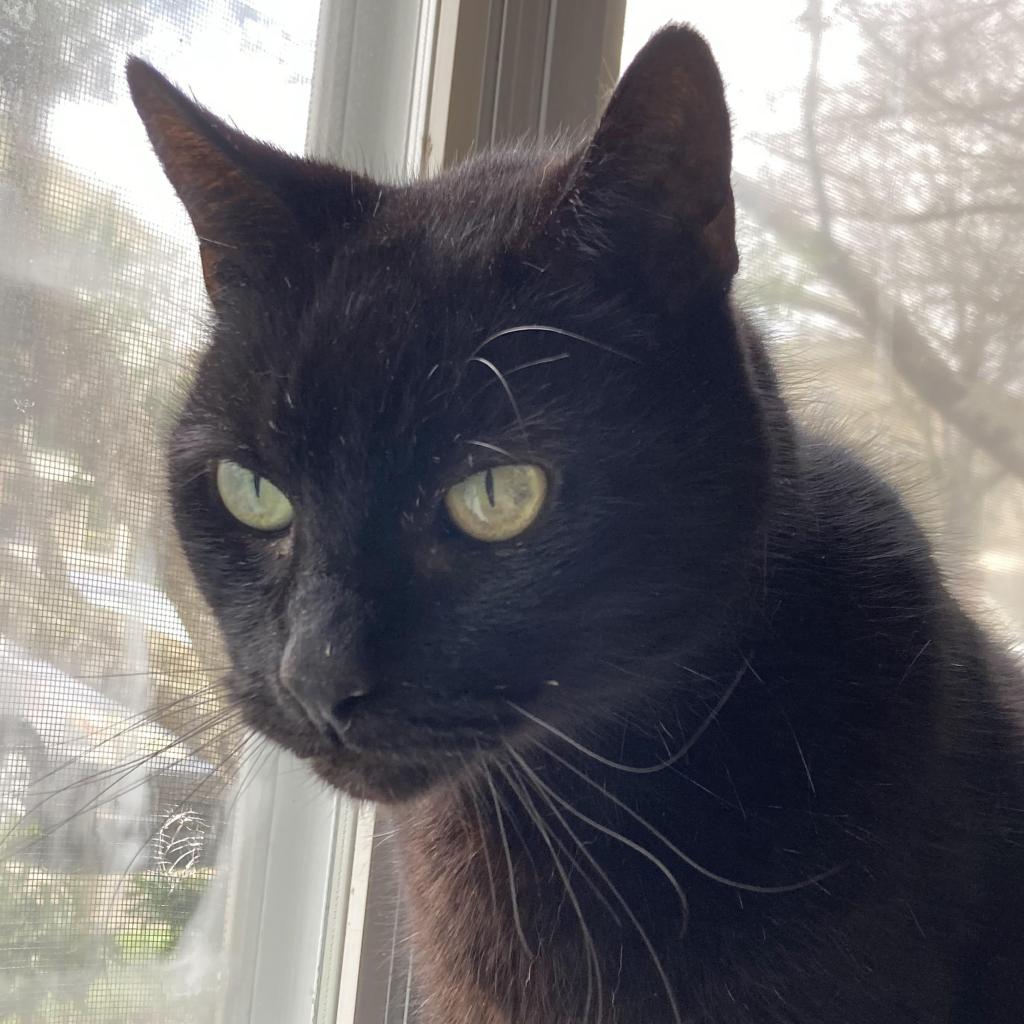 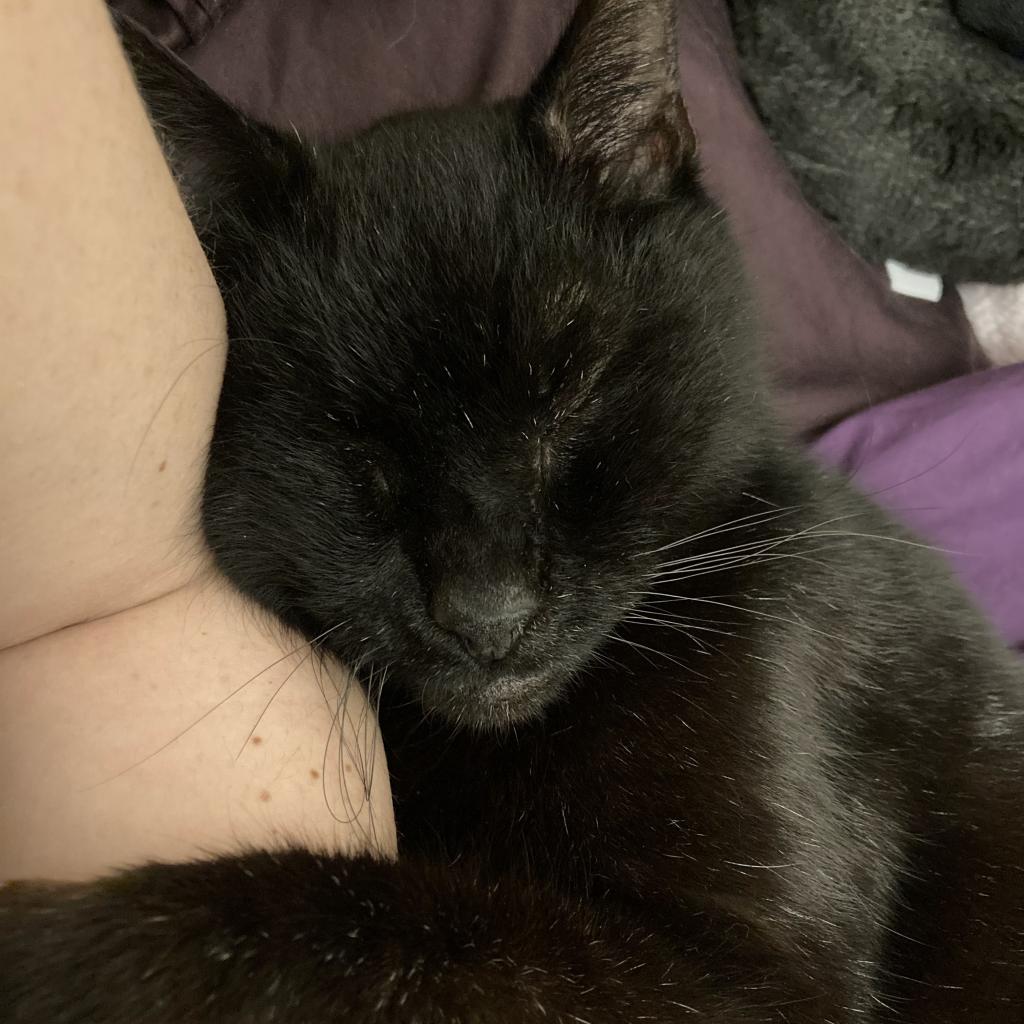 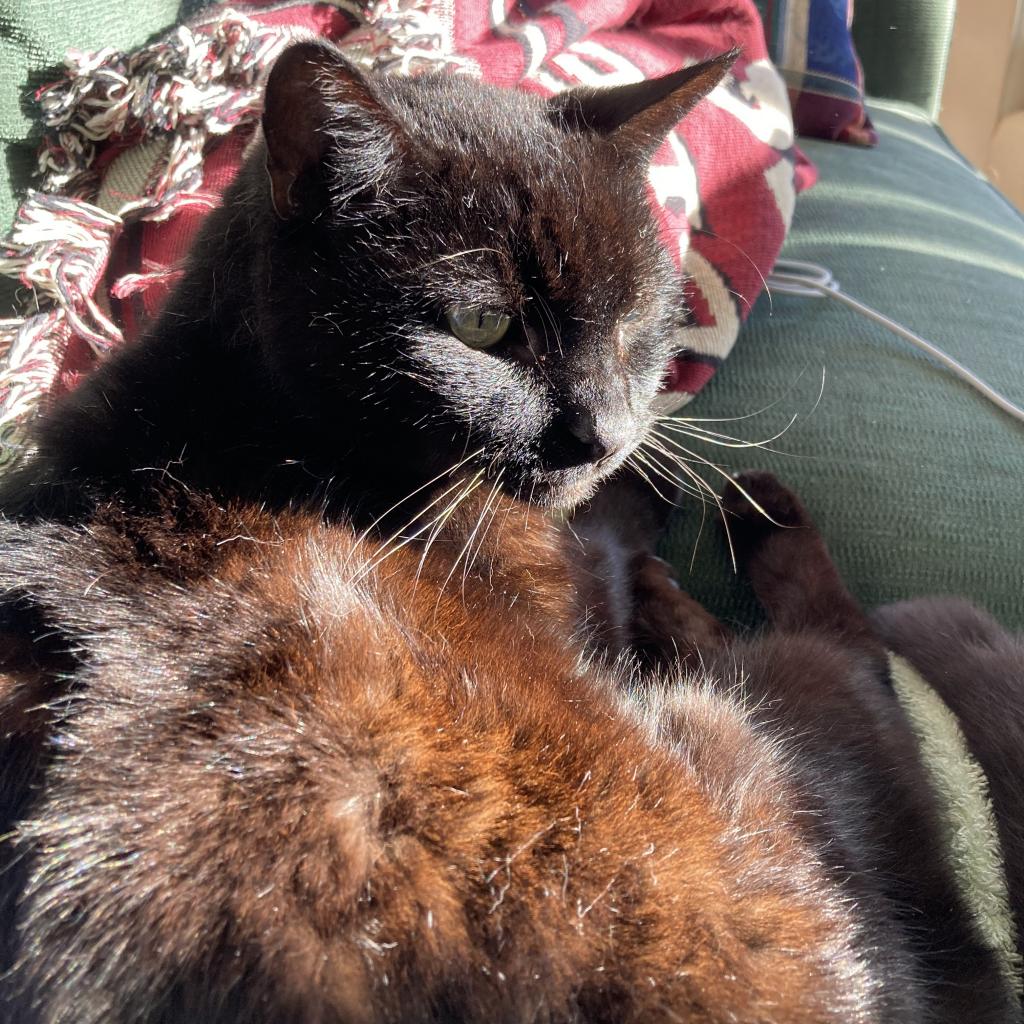 Looking for a cuddly companion? Look no further-- Murph is the cat for you! He is a perfect example of a 'velcro cat': wherever the people are, that's where Murph wants to be, getting all the pats and cuddles.

This cutie was found outside the IAR office, where he petitioned for his own rescue. He's remained a vocal cat, though now his voice is used to ask for attention and food. He also uses his paws to ask for attention with gentle bats, sometimes while standing on his hind legs. He also has a signature dance move he pulls out when he's really putting on the charm. You have to see it to believe it!

Murph is approximately 13 years old but don't let the gray hairs fool you-- he's extremely adaptable. He very easily gets along with other cats and has been open to new experiences, like sweaters and walking on a leash with a harness (see his photos)! Despite likely being abandoned by his last owner, he has quickly readjusted to the inside life. He would do well in almost any household that has love to spare.

All IAR cats will be spayed or neutered, microchipped and up to date on vaccines at the time of adoption.