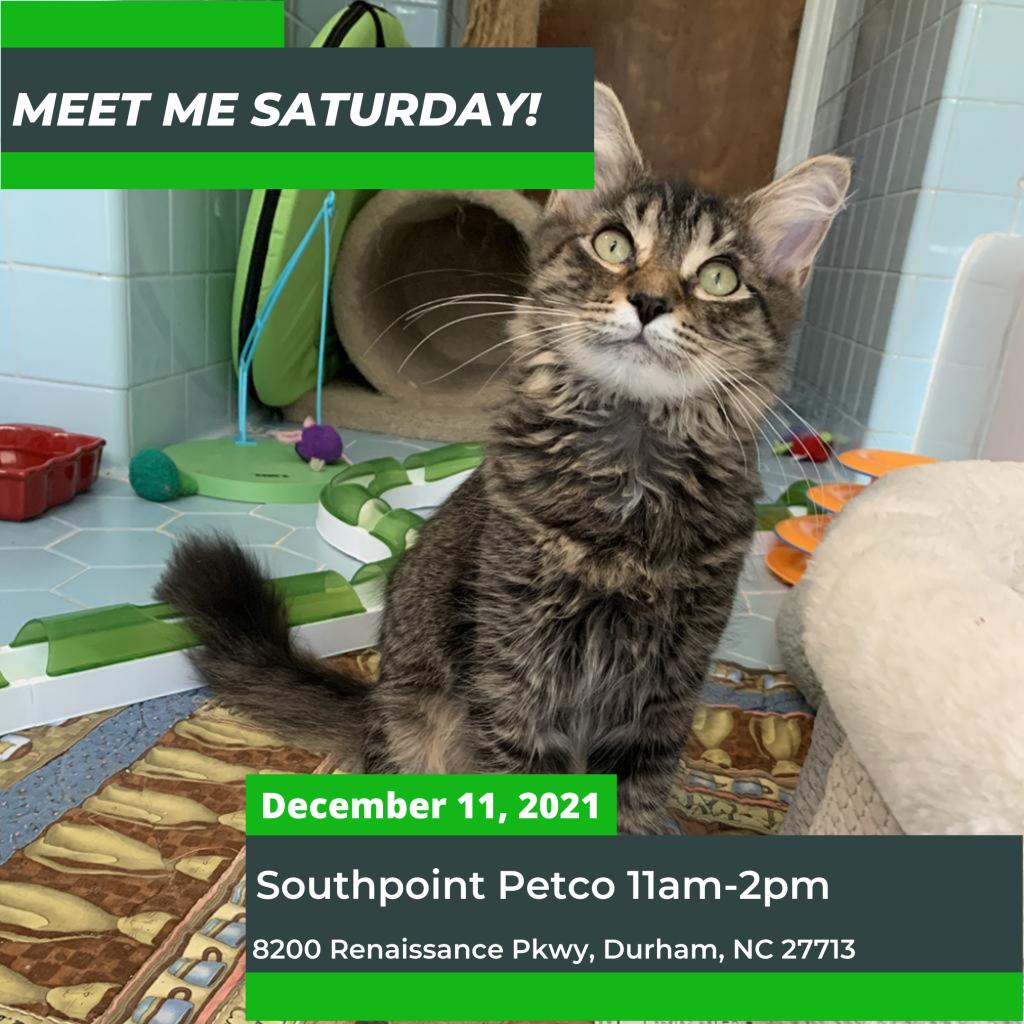 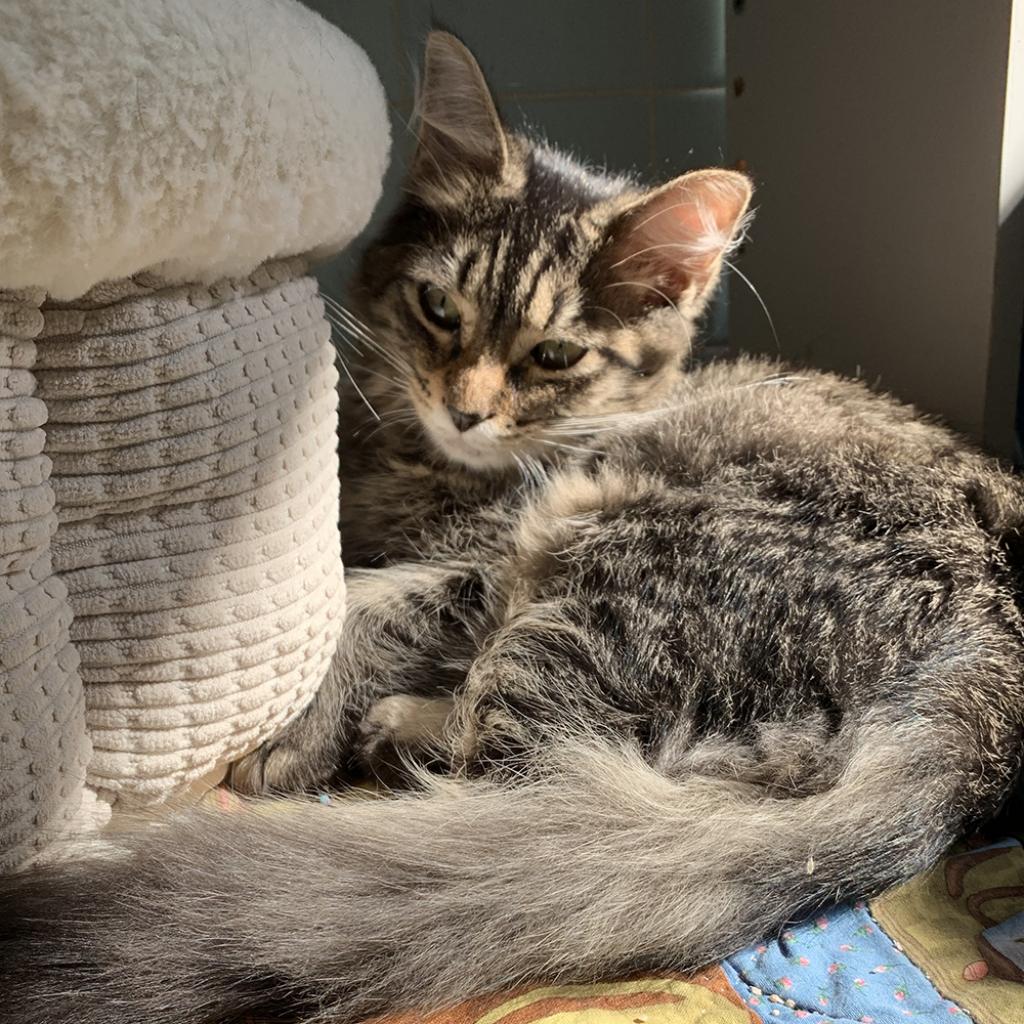 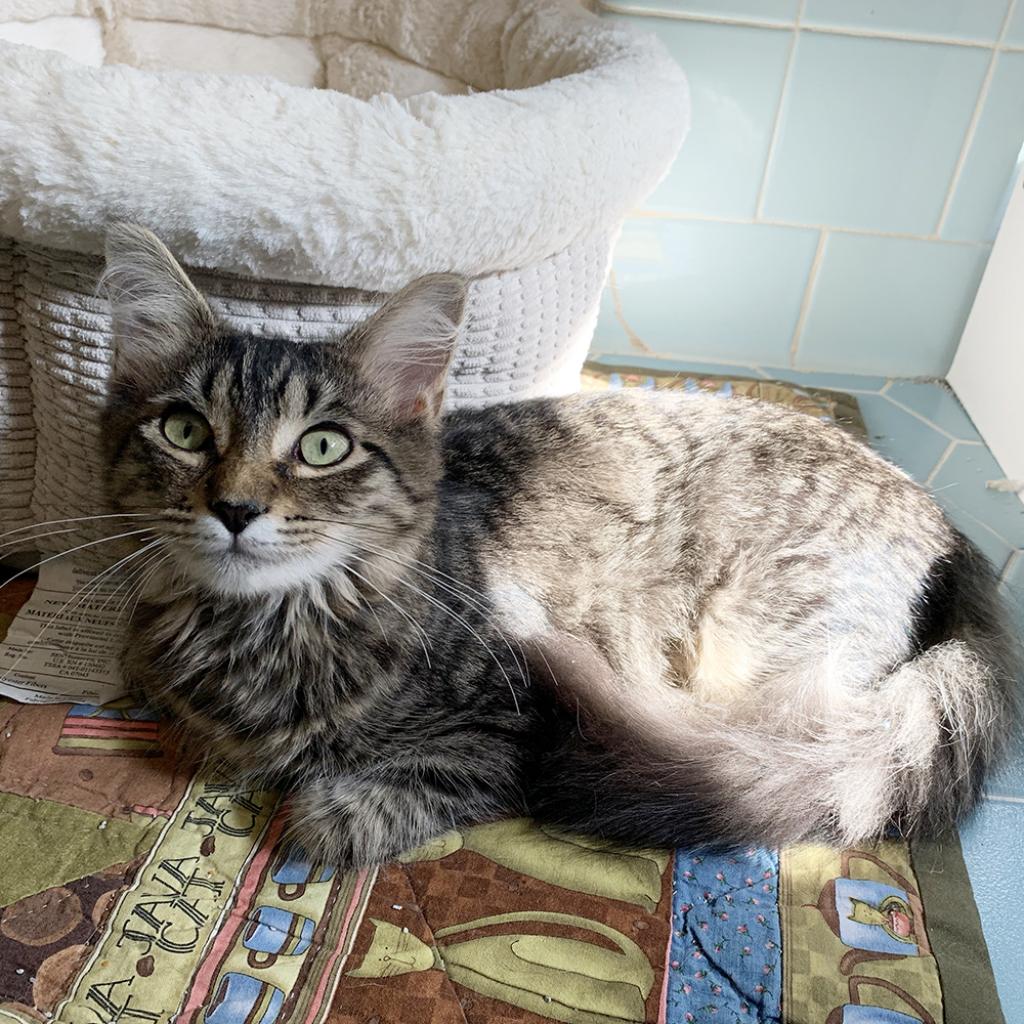 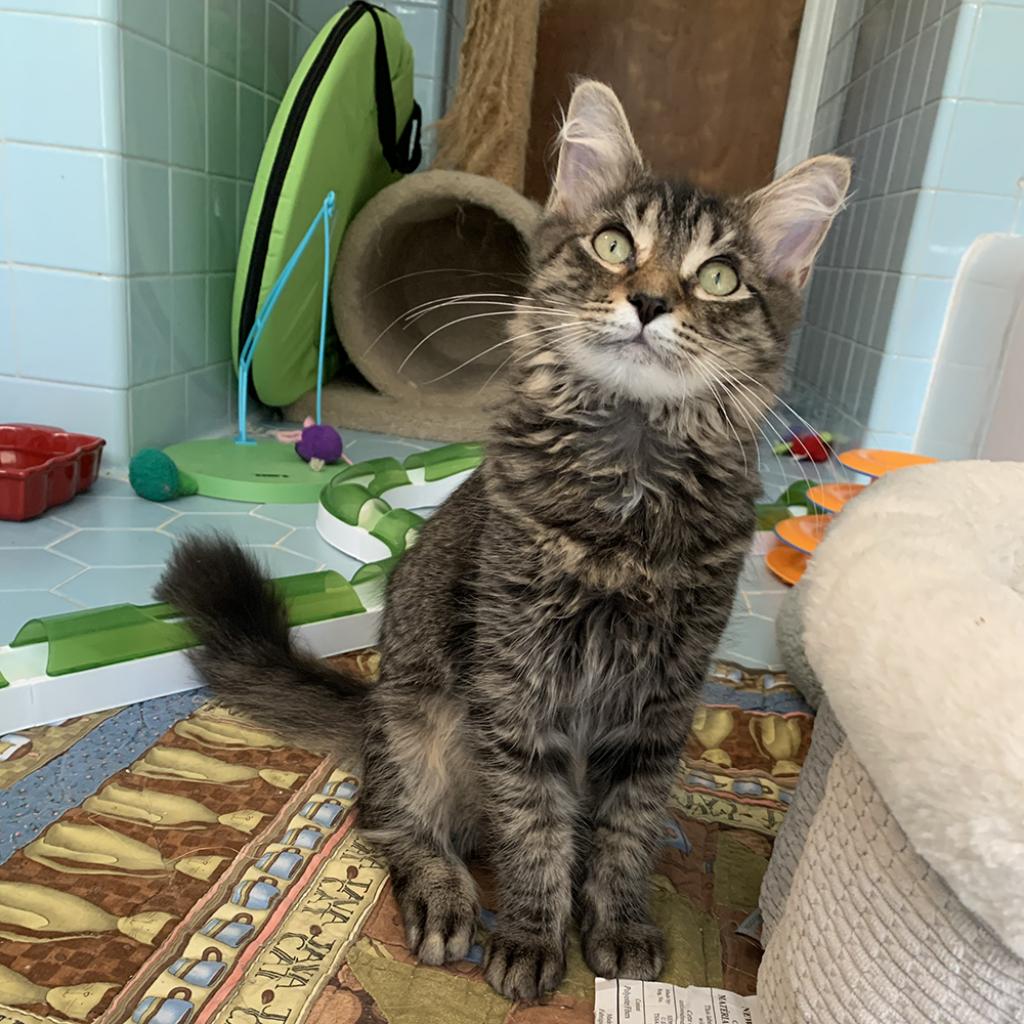 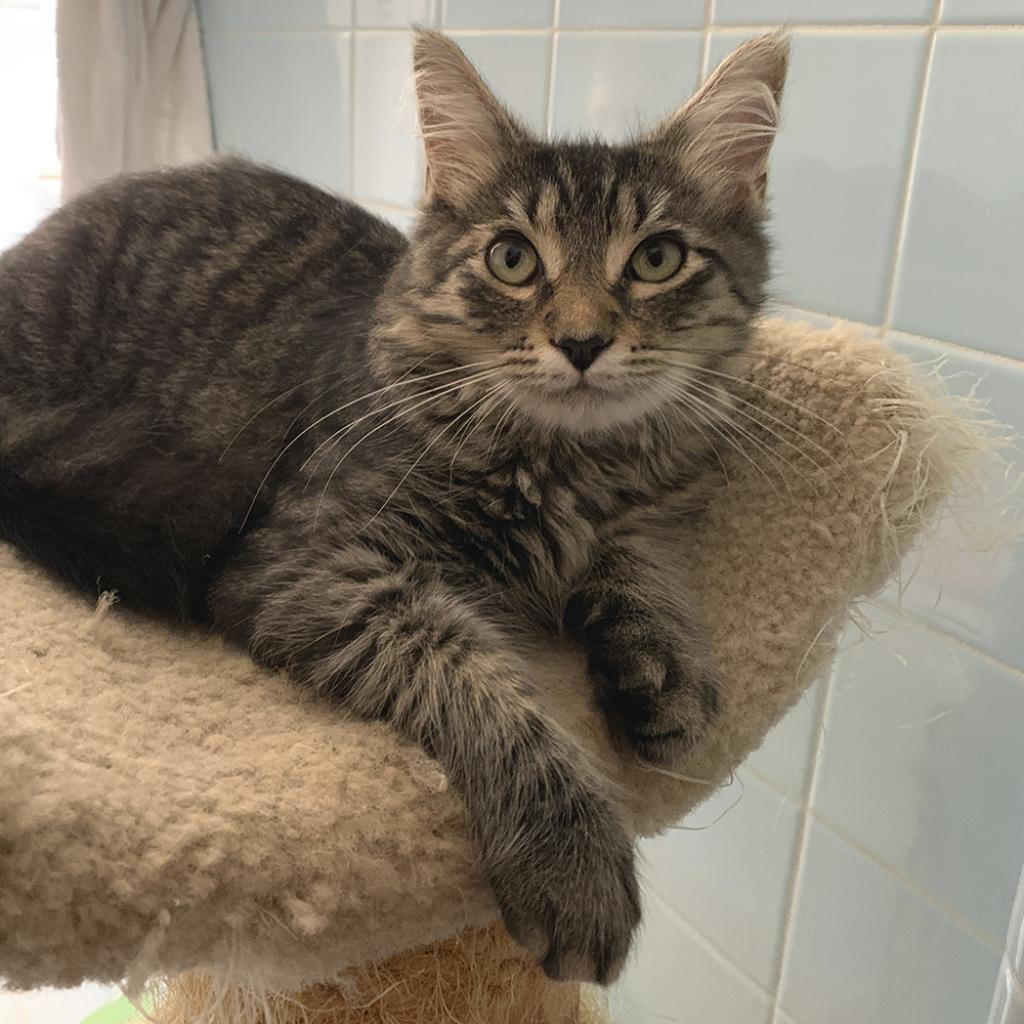 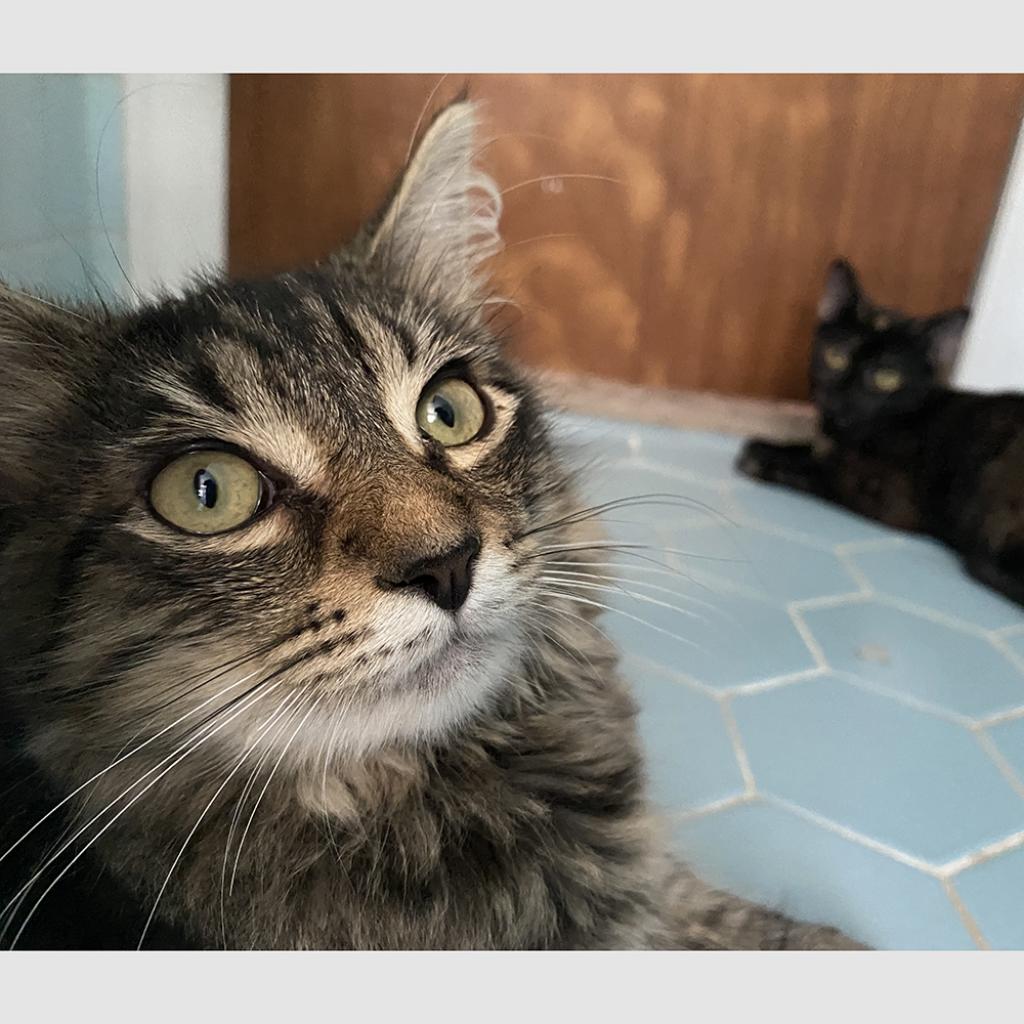 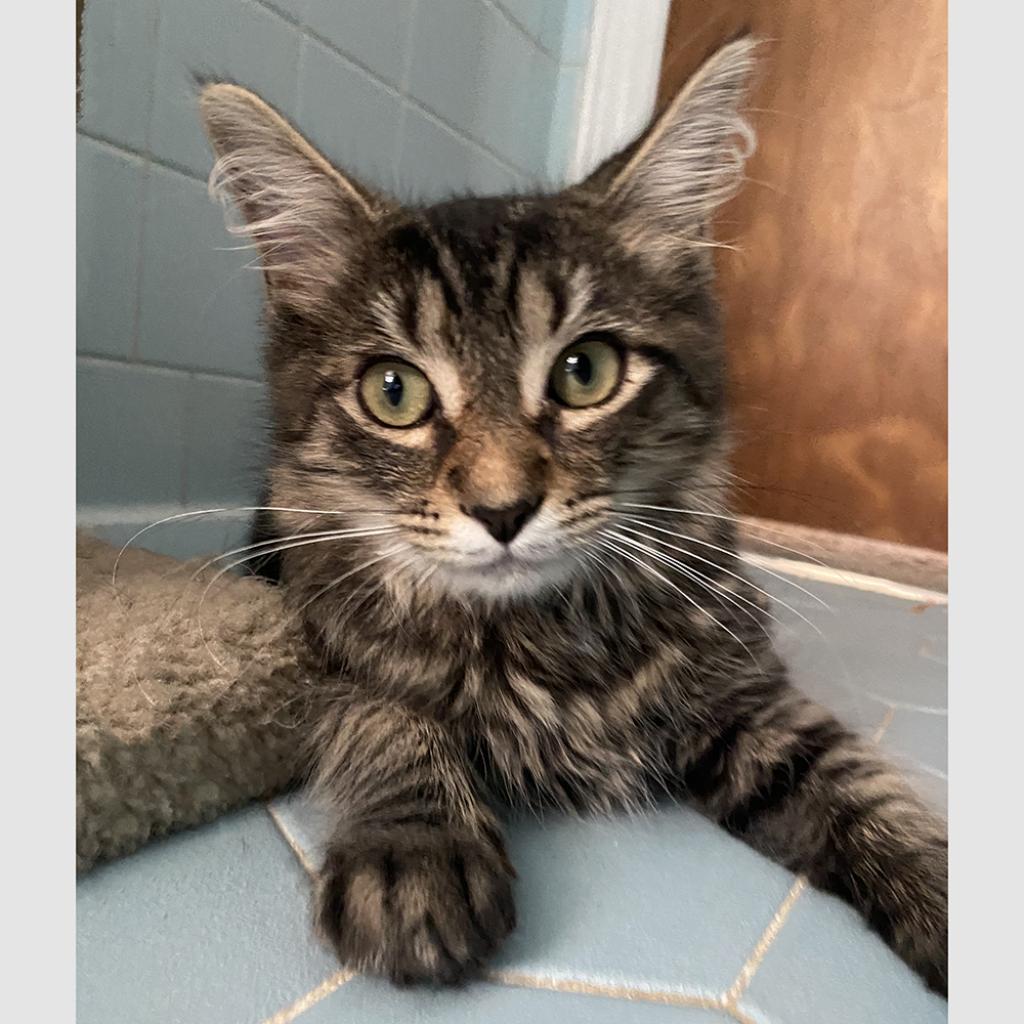 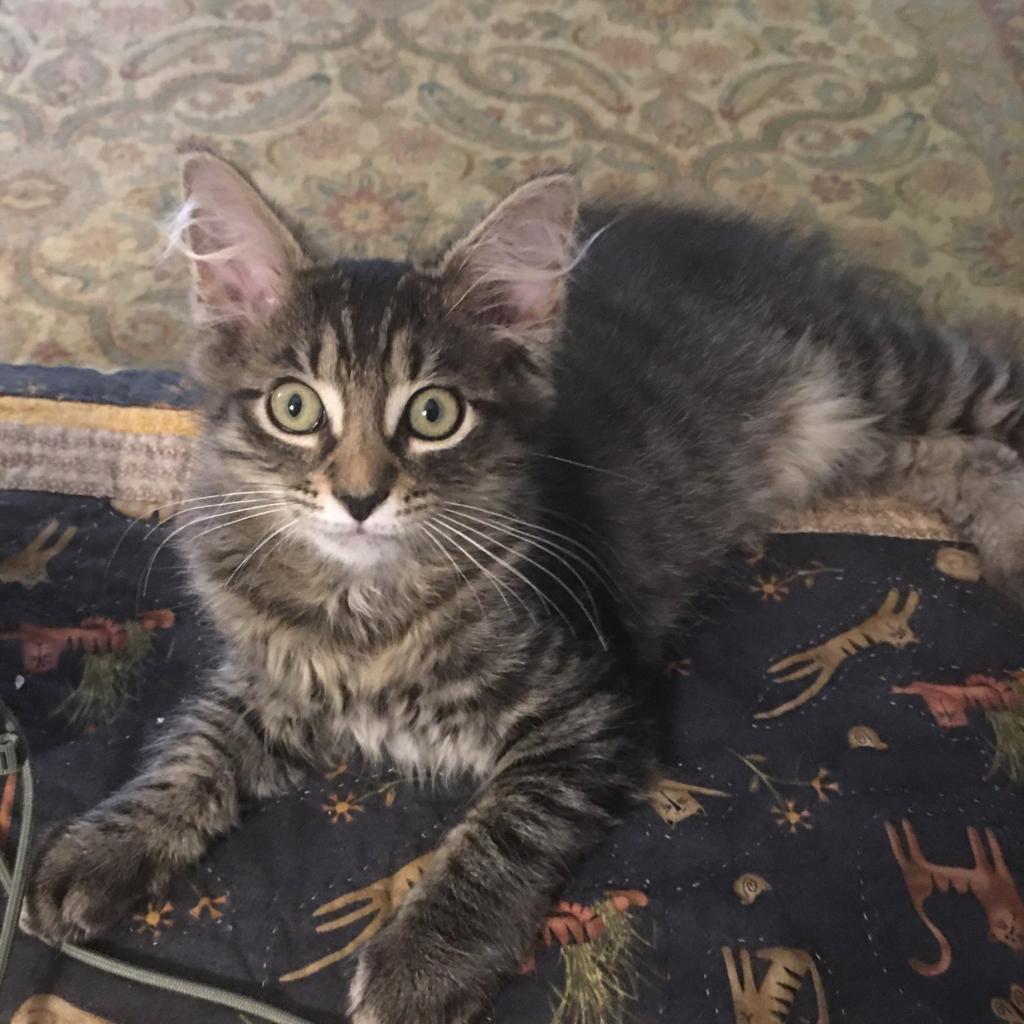 Christine is bonded to another cat and would like to be adopted together. Please check her Best Friends section.

Because Christine is younger than 6 months of age, it is IAR policy that she must be adopted with another kitten or into a household with a young cat (general guideline of 2 years or younger but on a case by case basis).

Christine is a fun-loving sweetheart with soft fluffy fur! She is a little shy at first, but once she knows and trusts you, she'll be ready for lots of play, followed by long kitten naps close by! She purrs so loud when you scratch under her chin, and has the sweetest little chirpy meow when she has something to say. She's absolutely darling! In the afternoons she adores looking out the window and watching the birds and butterflies outside. And she's almost always up for a game of catch with little kitten toys of all shapes and sizes.

Christine and her foster sister, Rosie, were introduced when they were both under 4 months old. They were both rescued from feral colonies as single kittens who needed a friend. If you think "Christine & Rosie" sounds like a fun sequel to "Grace & Frankie" you'd be right! These two weren't so sure about each other at first, bickering and unconvinced of the other's redeeming qualities. But after just 1 week they had become fast friends - romping and playing together so well, and even sharing a bed for nap time. We would love for them to be adopted together, as they've become inseparable pals.

All IAR cats will be spayed or neutered, microchipped and up to date on vaccines at the time of adoption.

Christine would be especially happy to find a home with another cat from her foster home: